You would think that receiving feedback from your manuscript can be scary, discouraging, etc. But I’ve concluded that in my case, it was only confusing.

How do you filter the good advice from the bad one?

From the four people I asked to read my manuscript, I got feedback from two. We´ll call them reviewer A and B.

First of all, let me thank A and B for all their time and patience (in case they read this post). But their points of view were so different in some aspects, that it only got me confused. Now, reviewer A and B have experience writing, critiquing and even publishing. 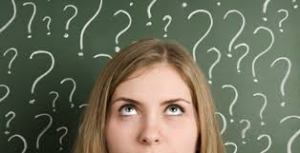 The following are only some of the many aspects they pointed out. They only agreed on the first one, but I happen to disagree with them in that one 🙂

Too much background at the beginning of a story is not good. People will get bored, you need to go to the point, and start telling your story, etc. Have you heard this advice? I swear I’ve seen this advice on all books, writing manuals, guides, tutorials, webinars, I laid my hands on.

Reviewer A would like to have more background from my main character at the beginning. Reviewer B agrees that it’s not a bad idea at all. But what about the advice I heard on other sources? I believe I’ve given my MC the main and necessary background, I don’t believe he needs more, but now I’m confused. What’s your take on this?

I’ve been trying to omit them as much as possible. It´s not natural for me, I guess I´m used to them when speaking. They seem to flow in my writing very easily (ha! two adverbs there, one after each other, that wouldn’t happen in my manuscript, not ever.)

But then I got very different stands on this: 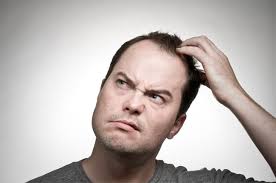 OK, I also got this one from writing texts, books, guides, blogs, etc. Avoid using the “be” verb, it only stops the narration, it slows it down, it makes it look lazy, etc. So I tried to use it as few as possible. It’s difficult, and I must admit my manuscript still has lots of them. But now, I’m confused on what to do with them, because I got this feedback:

I want my writing to be the best as possible. The first advice you get if you want to be published is “master your craft.” (that means your writing.)

Of course, I would love to be published someday, traditionally or self-publish, any of those. Now, I´ve been picking many best sellers, flipping through their pages, and most of them are riddled with adverbs, “to be” forms, etc. So how important is to get rid of them?

Reviewer A said the story had potential and reviewer B found many plot holes. Do you think this should give me a hint that they’re very different readers/writers? 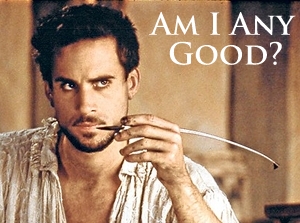 I’m going to review my manuscript one more time, one more round. I know I can do it better. I know there are some parts of the plot that need to be improved. I know that characters could be better developed. I know that punctuation needs to be perfected. I know that I can still reformulate some sentences to avoid adverbs and the “to be” forms. But I don´t want to overwrite the whole thing.

I have a queue of at least two dozen story ideas that I can´t wait to start writing about. Yesterday, I actually started writing a short story. I felt relieved to create other characters, other situations, and get away from my manuscript story for a while. I’ve invested many months in my current manuscript and I feel I need to move on to writing other stories. I’m willing to accept that if this one doesn’t get published, maybe the next one will be. Perhaps in the future, I will take my manuscript from a hidden box and review it again. Maybe I’ll make it better, with an improved perspective. (Of course, the manuscript won´t be in a box, since it only exists as digital, so it’ll probably be a hidden computer folder, but some writers like to believe that our manuscripts are physical tangible objects, bear with me in this one 😉

Do you ever get this feeling? Tired of a particular story or characters and that you’d rather start writing another story?

How do you relate to these editing aspects? What would be the best advice you can give me? I’m really looking forward to hear from you. 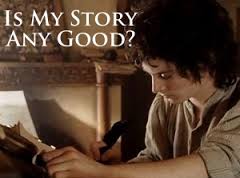 10 thoughts on “Receiving feedback from your manuscript is not terrifying is confusing!”