The X Files is coming back! Yeah you heard it, it’s not April fool day (I double checked that) but it’s just one of those news you expect to live in your fan/geek hopes. I mean, I was a teenager when the show was on and it was a cult series, the sort that had people going nuts everywhere. I think it was one of the first TV shows that had a cult following on internet. I was so nerd about it that I’m already starting to reload all my geek/nerd genes to start freaking out again! 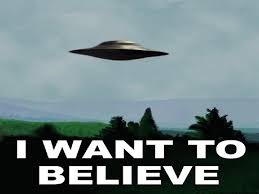 I think every XPhile out there (the name of the fans) must be celebrating right now, not only because we’ll have more of Mulder of Scully but also because we’ve always wondered: what if they decided to come back and do the show again?

When the X Files second movie came in 2008 (I want to believe), there was a mix of feelings, many were excited about seeing their favorite TV show ever, but many others were not totally convinced with the movie storyline. Let’s face it; it was not that good, not even for me. But we deeply craved for more of the X Files. Many out there were keen to say, this does not work as movie, but the TV series will always work better. Well, now you’ve got your wish come true.

And, although this blog may not be for those who are hardcore fans of the X Files, I wanted to take the opportunity to invite you to a new blog dedicated to the TV series: The X Files 2015 where we’ll start reviewing the episodes in much anticipation for the coming new episodes (which will be next season, according to FOX: http://www.foxnews.com/entertainment/2015/03/24/x-files-officially-returning-to-fox-in-summer-2015/ ) and if you’re not a fan of The X Files but you know who might be, please share the blog 🙂 Thanks!